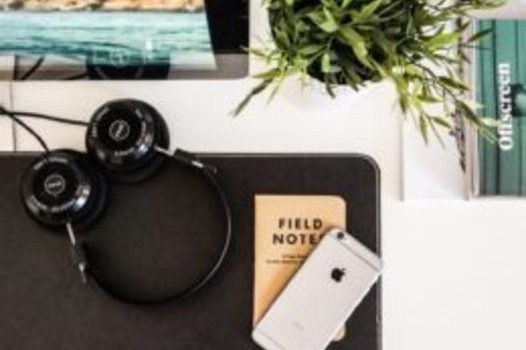 Now that I’m a quarter of a century old and finally starting to feel successful in life, I’ve put a lot of thought and time into my future.

After hitting my quarter-life crisis in 2017 my life has changed quite a bit. Here’s a bit of a timeline:

-In May of 2017 I decided I needed to find a higher paying job
-As a result of that I lost HOURS of work and was hardly making $150 a week
-I sold many things and charged my necessities to credit cards to get by
-A few weeks later I got a front desk job at an urgent care for $12.75/hour
-My shifts were 12 hours long, people were rude, I was miserable
-I was still living paycheck to paycheck and applying to many jobs during my 8 months of employment
-I FINALLY got a job offer in my field of study (Biology) at a VERY good and well-known company
-My income more than doubled and I am in a MUCH better place financial and mentally
-I have been working here since late April and am contracted to work through April 2019, my contract may be extended an additional year or longer (either way I’m not worried about my future)
-Lately, I have become EVEN MORE obsessed with my finances, getting out of debt sooner, and securing my future

This journey hasn’t been easy. There’s been times when my bank account over-drafted…something that’s embarrassing for me to admit. All of the struggle and effort I put into being where I am now has been worth it. I refuse to ever reach such a scary and low point with my finances again.

Because of all that, I’ve made some big goals for myself over these next 5 years and I’ve never been so excited to go after them!

If you follow along with my spending/debt analyses each month, you’ll know that now I should be able to pay off all of my debt within 4 years…possibly even 2-3 depending on my income. Debt is normal, I don’t want to be normal. The longer I’m on this financial journey and the more I learn, the more I realize how much my peers have succumbed to this reality.

We literally work, work, work just to pay for old purchases that we obviously can’t afford because we had to take out loans or charge them onto credit cards. Can you imagine getting a paycheck and literally more than 90% of it being YOURS?!?

Being debt free means not owing money to anyone! You would then have the freedom to save your money or pay for things in full with your cash. I can’t wait for that!

2. Contribute the maximum amount to my Roth IRA

I opened a Roth IRA when I was 22 and contributed $1400 all at once. Since then, I either wasn’t making enough money to contribute or (now) focusing on throwing majority of my money to my debt.

Once I pay off my debt I can start contributing the $5500 maximum to my Roth and maybe even open a Traditional IRA. I think it’s a great account to have. Honestly, $5500 out of one year is nothing. So if I don’t have to pay off debt I could easily do that and still save thousands in cash.

I want to retire early by the way. Retire as in not have to work if I don’t want to, but of course I would still be blogging, Youtubing, and maybe doing other creative work. There’s no way I’m waiting until 59 1/2. The more passive income I make the sooner this can become a reality for me

I have a pretty decent cushion in my bank account right now, and that’s only going to grow. By the time I’m 30 there’s no reason for me to not have saved a large amount of cash. Five years from now 12 months of income may look a lot different for me, so I’m not sure how much this would be exactly.

4. Actually profit from my “side hustles”

I’ve been blogging and Youtubing for years now. I do make income, but honestly it doesn’t make much of a dent. I enjoy doing both and eventually I want to make full-time income from these gigs. For now, making a couple thousand per month from these platforms while working full-time is a dream.

I just have to continue to be consistent and commit to the extra work day in and day out! I know it’ll happen.

5. Only using credit cards for rewards

I’m basically already doing this now, but I definitely want to keep it up. I have a few credit cards, only two of which I actually care for the rewards. My Bank of America credit cards gives me cash back on all purchases, more on gas and groceries. My Capital One credit card rewards me with points that can either be used on travel or redeemed for cash/giftcards.

I know that some people are completely against credit cards but I would still like to maintain a credit score even if I can pay everything in cash later on. If you know how to responsibly use a credit card they don’t have to be the enemy.

There you have it, my big goals for the next 5 years!