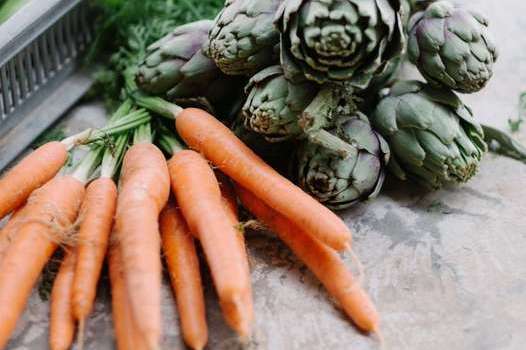 After several years of blogging and dozens of blog posts, my most popular posts are STILL Vegan Meal Prep and 6 Simple Vegan Meal Prep Ideas. And not far behind those is How to Plan Meals and Meal Prep While Tracking Macros.

So it’s pretty obvious that my readers and people in general are interested in vegan meal prep!!

Good news is, I meal prep every single week and I have tried many, MANY meals.

In the past I would often cook with a lot of processed food (vegan meats for example) which I know not everyone is a fan of. So recently I have been trying to incorporate mostly whole foods into my everyday life (fruit, vegetables, whole grains, beans, etc.).

Below are four weeks of mostly whole food, vegan meals which are all tasty and super easy to make!

As always…I am STILL using my Fitpacker Meal Prep containers! I’ve had these since 2016 and they’ve been my #1 selling product recommendations!

Salad: I prepared a big ol’ container of fresh veggies containing about 2 handfuls of a ‘spring’ mix (spinach, red romaine, and green romaine), chopped grape tomatoes, carrots, and bell peppers (red, yellow, and orange). I would then sprinkle about 1 tbsp of both chia seeds and hemp seeds which adds omegas, protein, many other nutrients, and a nice crunch! The best part about this salad? THE DRESSING. I used this recipe and I’m telling you it’s literally one of the best dressings I’ve ever tried (and you can exclude the honey is you prefer!)

Snack: Ezekiel Toast (I like the Flax kind) with 2 tbsp of raw almond butter. *You could also sprinkle chia seeds on top of the toast!

Meal 2: Lentil lemon soup. I can’t remember if I just created my own recipe or what, but this recipe looks quite similar to what I made. The addition of fresh squeezed lemon makes this meal really satisfying. Soups are a great meal prep option because you can usually just throw a bunch of veggies together, add a base (noodles, rice, lentils), maybe add some beans, and a bunch of spices and bam, easy.

Meal 1: Quinoa/Kale power bowl.
Kale wilted in olive oil, salt, and red pepper flakes,
tri-colored quinoa,
black beans,
grape tomatoes,
red onions,
corn cut off the cob,
and fresh avocado.
You can add as much of each as you prefer, which is why Buddha/nourish/power bowls are a vegan meal prep staple. I love that you can create any combination and feel so good eating it. I would just mix and mash everything up and it is SO good.

Meal 2: Jasmine rice and red lentil dal. I have used the dal recipe from Simply Quinoa dozens of times, I even got my sister hooked on it! It’s easy and quick to make and tastes so comforting. If you want to add something to it, try it with fresh arugula and balsamic vinegar…it’s the best combo ever.

Meal 1: Pesto lentil pasta with lightly sautéed arugula. For the pasta I used Tolerant lentil rotini and Hope Kale Pesto Hummus. One box of pasta + one tub of hummus and done! I sautéed the arugula in balsamic vinegar, just enough to warm it up about but don’t overcook it.
Tolerant is a GREAT alternative to pasta because they only use 1 ingredient, they’re high in protein, and have a nice texture.
The Hope kale pesto hummus tastes just like regular pesto (which usually is hard to find as a vegan). Of course you could make your own as well.

Meal 2: Jasmine rice with sweet potato, chickpea curry/stew. I swear to you this is my top 5 favorite meals of life. I can’t believe I didn’t try making curry sooner. Curry is easy, affordable, healthy, and bursting with flavor. It’s not shown here but I love squeezing fresh lime on it before I eat it.

Meal 1: Cauliflower “fried rice” over a bed of sautéed spinach. To be honest I’m pretty sure I just cooked all the veggies and the “rice” over some oil and liquid aminos. And I’m not gonna lie…I wasn’t a huge fan of this meal.
1. I don’t even like cauliflower, but I was trying to eat low carb and that seemed like a good option.
2. Liquid aminos and soy sauce in general are too salty for me.
3. The texture was too mushy. This is probably because I used frozen riced cauliflower so after it defrosted a lot of liquid remained.
I’m sure you could find a decent recipe and probably like it. It would also be better to use fresh cauliflower.

Meal 2: 1/2 cup green lentils and black beans. There is also some edamame added in there as you can see, but the edamame that I bought was shelled and a real pain to pop out, so I gave up.

Salad: Chopped cucumbers, bell peppers, and grape tomatoes with chia and hemp seeds. I used the same apple cider vinaigrette as before. Yum!

Snack: A few dried Turkish apricots. Dried apricots are my weakness. I can’t even buy them because I’ll eat like 20 at one time because they’re so tasty. I buy mine from Sprouts.

Meal prep does not have to be difficult or time consuming. The whole purpose of meal prepping is to make life easier and to save time!

Let me know if you try any of these meals out, or tag me in your Instagram photos (@LivinglikeLeila)!